The start of Callums third season with us has brought about some changes for the 2017 season. For a start we have a new car, Callums last got enough of a hit at Brands Hatch to mean that the shell was a little past its best so we brought out the spare car from retirement and swapped all the best bits over to begin the season with a fresh shell. At the beginning of the 2016 season Callum was breaking into the top teens so our plan for this season is to build on that and end 2017 with regular top tens – not an easy task in such a competitive race series as the Production BMW Championship is. 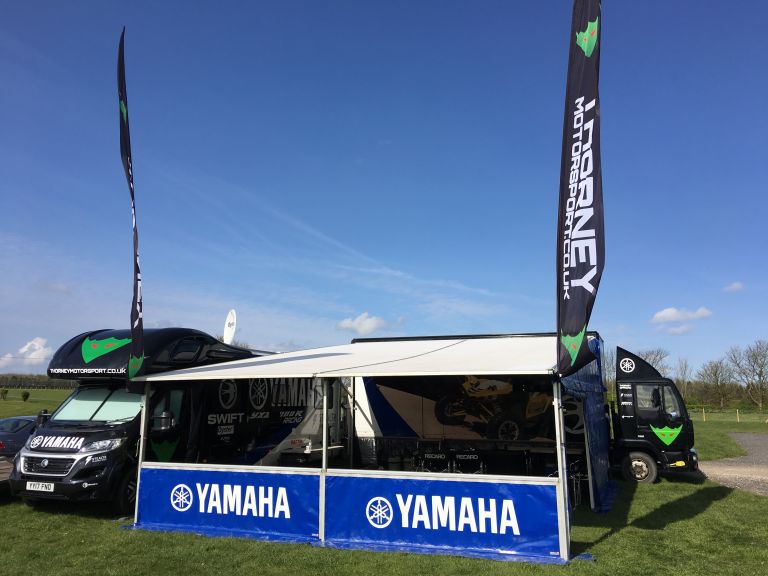 Not a bad place to spend a weekend

We also have a new team sponsor in Swift Group, the UK’s largest manufacturer of motor homes, caravans and holiday homes. Swift Group are primarily on board as team sponsor for our works Yamaha racing operation but we’re not about to leave our stunning new motor home at HQ while we slum it in the truck at circuits; its just too nice for that so we’ve added Swift to our partners to show our gratitude for such a nice place to live. 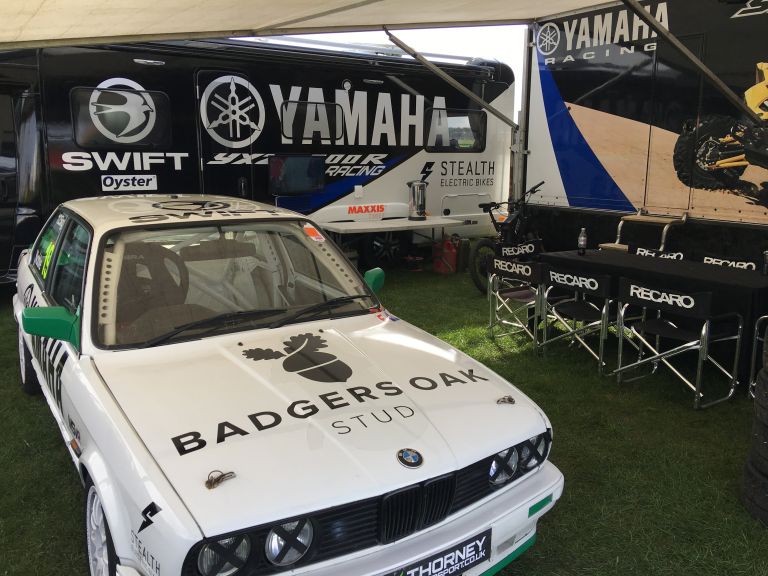 Cadwell Park is an interesting place, primarily a bike circuit its tight, twisty and not for the feint hearted so we decided to test Callum there on the Friday. This turned out to be a great decision with Callum improving his time over 4 seconds over the course of the day and gaining in confudence in what is effectively a new car to him.

As usual the race weekend began with the Toyo Saloons on the Saturday andwhilst the grid was full the number of classes seems to to have grown over the Winter so there was only 3 in Callums class, however that was about the highlight of the day as in qualifying Callum failed to even make a lap, the car coming to halt after half a lap. Seeing as the car did 3 hours of testing the day before without issue this was particularly frustrating added to the fact that the race schedule was such that we had a mere 20 mins to fix it and get the car out in another qualifying session, thats not usual. Well it was a push too far, not hving the time to diagnose the electrical problem we simply swapped the whole lot – air mass, coils, plugs, can and crank sensors – everything to fix it but it was too late. As Callum had nver raced at the circuit before and with no other qualfying sessions that day we had no choice but to sit the races out – highly frustrating. (It was a coil by the way). 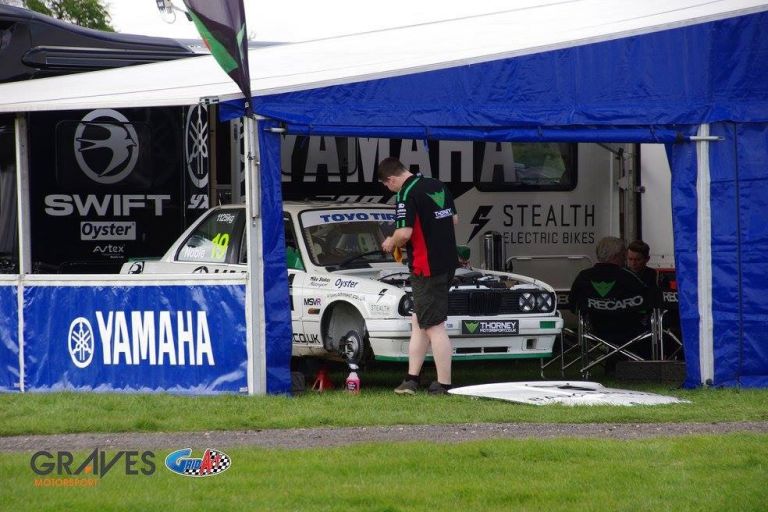 Coil caused some issues
So, what do all race teams do when they can race and a day to lose? We went to Skegness for a night out. Toyo Tyres Saloons loss is the bars and chip shops of Skeggy’s gain. 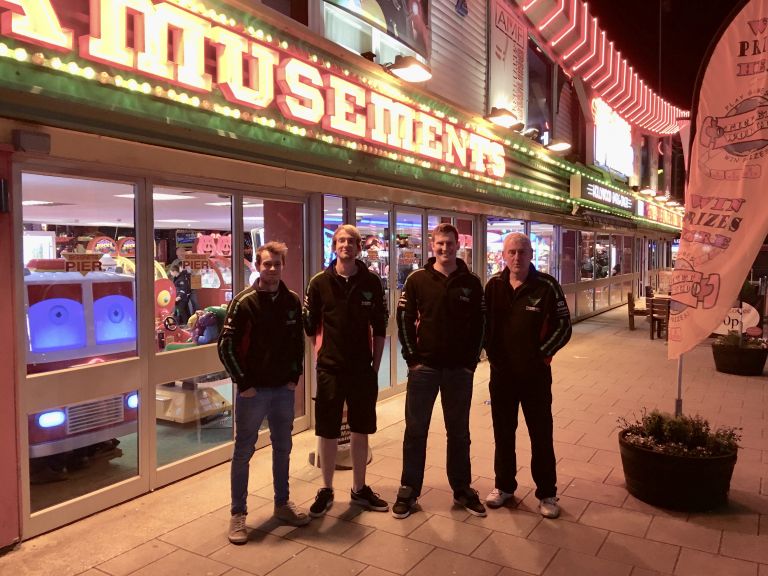 Night out in Skeggy
Sunday dawned and Callum put in a decent qualifying session to bring him 18th on the grid the track walk we did on the Friday and the data from the car suggested he try some different lines in the race so we were pretty hopeful, even though Cadwell is not an easy place to over take. Well the race was great fun, Callum pulled off a couple of fantastic moves later in the race to finish 16th, including an overtake into the chincane where I’d said ‘there is no chance to overtake there’, he loves to prove me wrong that boy – however I’m sure it was just revenge for me killing him at Karting in Skeggy the night before! Was a lovely move to be fair and caught on camera by step dad David, well done to both. So another race where Callum impoves his grid position in racing – great job. 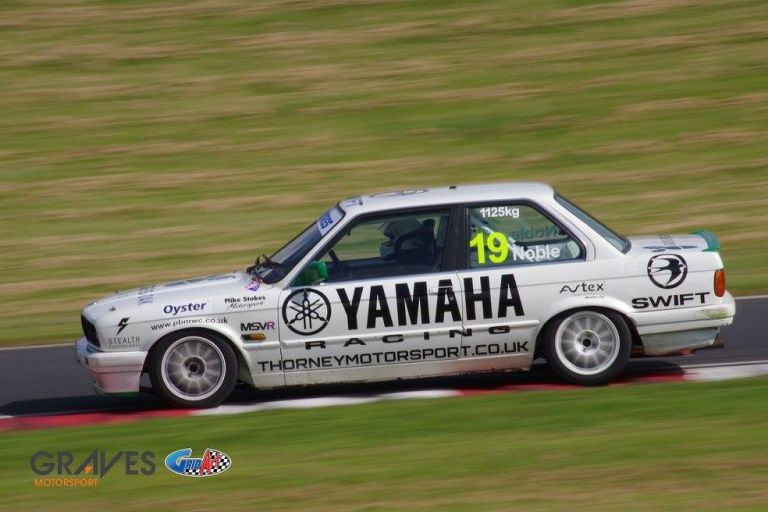 Callum was certainly pushing on

Race 2 was a near repeat of race one, a great start and lovely driivng by Callum to pick his way through the field to get up to 12th place (starting from 16th) and only an error just ahead of the mountain to allow Mark Plamer past dropping him a place towards the end. Those 10 finishes are going to come earlier than we thought I think. especailly as some of the cars appeared to be under weight at the finish, although we dont know if anyhting has been done about that. 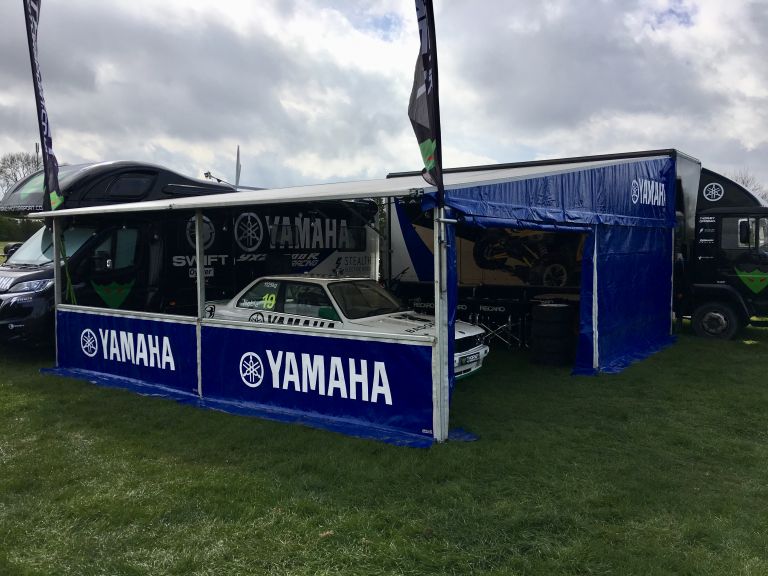 So a great first weekends racing for 2017, new car performed well (other than the coil issue which would’ve been fixable if it wasnt for the absurd schedule) and great racing from Callum in a track he’s never even visited let alone raced at. I think he liked Skegness too. Next race is Brands GP, a favourite of Callums so we have high hopes – when dont we? 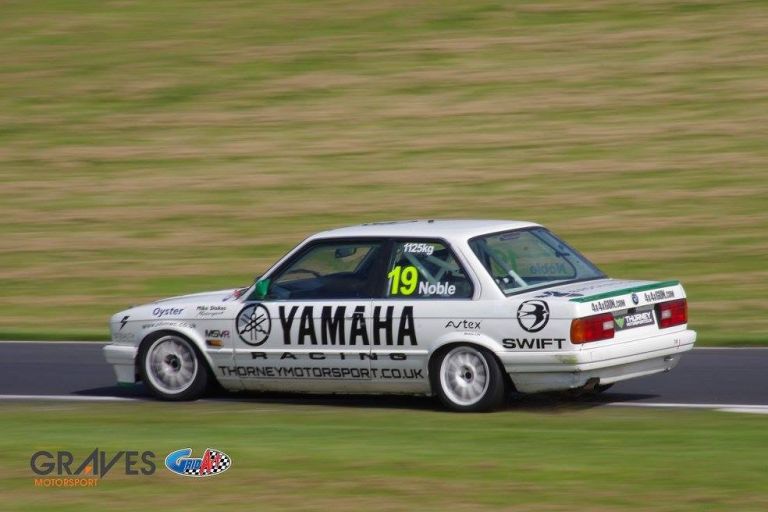 First time out for new car
Lots of thanks to our new partners – Swift Group for our new home and Oyster Sat Tech and Avtex for our satalite TV entertainment, racing is suddenly so much more comfortable! Thnaks once again to Graves for some of the pictures.