We are delighted to announce our new partnership with RMA to support their customers on track for their Silverstone track events. RMA, the UK’s longest standing track day company holds multiple trackdays across the UK and Europe and are well known to us here at Thorney Motorsport, their MD, Leyton Clarke, won the Dunlop Sportmaxx […]

Our first trip to the famous Goodwood circuit in support of Mclaren (and other supercar owners) taking their cars on track. This is a service we provide for free to help ensure that everyone keeps their car well maintained for track work.   To help owners looking after themselves on track we have also done […]

Ok, had a lot of people ask for our take on the McLaren Auto job cuts so thought we would share. First off we know a lot of good people at McLaren, F1 and auto side and no doubt some of these will find themselves jobless in what is likely to be a very tough […]

Our 2020 track support program got going with our first visit to Brands Hatch GP circuit with Greystone GT. We’ve been supporting Mark and his great team at Greystone for three years now offering free track support to all owners but especially Mclaren owners with free pre and post track inspections as well as on […]

Since the launch of the Mclaren 570 GT4R its been on track a lot for testing so needed a little tlc before we did some more photos of it, we also needed to install paint protection film (will be another feature on that coming soon) so we wanted to get that done then a proper […]

We often get asked about our geometry set up from owners who are perhaps a little far away to take advantage of our service. To help those here are all the standard vehicle geometry settings for every Mclaren model. As new cars are released we will update the page. Of course just knowing the settings […]

Mclaren and ‘corrosion’ seem to go hand in hand sadly as its quite likely that nearly every model will need rectification work at some time which is disappointing, however its all covered under warranty so its inconvenience rather than cost but we thought we would explain what is the cause and what to look for […]

We first came across some issues with the power steering pump 2 years ago, an owner commented on issues he was having with multiple canbus failure due to water ingress into the front compartment but as we never saw the car nor inspected the issue we put in in the ‘keep an eye our for […]

Just a few shots of the recent Mclaren Owners club meet at Salon Prive. Great had by all, 36 cars in total so a great display. Strongly recommend owners join up as its great value at £50 and has a mass of meets, events and deals on offer as well as 10% discount on our […]

Another great Greystone track day, this time at Goodwood where we again provide full technical support for everyone attending. As well as the Mclarens (12c, 720, 570, 650s) we also looked after a couple of Aston Matins, AMG mercs and a lovely 911 GT3RS.

Great time had again with the UK Mclaren owners club, 81 cars this time (second largest group of Mclarens together since our record breaking 100+ at Silverstone two years ago) and a great mix of new owners as well as long term owners still enjoying their cars. Thanks must go to Jeff and the team […]

Another great day supporting the attendees of the last Greystone GT track day at a very very wet Donington Park. Weather was awful but it didnt stop most of the attendees from getting out on track to enjoy their cars.   To be hnest we werent overly busy so we decided to shoot some new […]

The Mclaren range all uses the same base engine known as the M838T. The 3800cc twin turbo charged engine was originally developed for Indy car racing and after work from a variety of operations including Mclaren, Walkinshaw and Ricardo is now the staple engine for every Mclaren road model from P1 to 12c.   Over […]

Just a few shots of some of the Mclarens attending the Silverstone Supercar day at their British GT round.

As part of our continued support of the UK Mclaren Owners Club we attended their track event at Blyton Park. A total of 26 cars attended representing the entire range (save for the P1 and F1). Our role was to ensure all the cars were prepared before going on track, deal with any issues and […]

Delighted to carry on in our third year of support for Mark and his Greystone Track day operations and support all the Mclaren owners in keeping their cars track ready at Silverstone this month all for free. As usual we carried out the official Mclaren track day inspections for the cars and ensured all ran […]

Remember the oil tank issue we discovered on Mclaren cars? if not the initial story is HERE where we had a car with a hole in the oil catch tank and no real way of understanding how the hole happened? Well, now we know. By way of a recap, all Mclaren models have a dry sump oil […]

It has come to our attention that it is possible to cause engine damage to Mclaren cars if the car is run with low oil pressure or low oil level. Now this may sound a bit ‘well, really’ but due to the potential consequences resulting from such action we feel it necessary to make owners […]

We love sorting engineering issues, its part of the fun of what we do so when we come up with something that just cant be explained we do love a challenge. Mclaren 12c (same applies to 650s) has a dry sump oil system with a catch tank that just happens to be buried right up […]

We’ve been an independent operation since we started nearly 18 years ago and whilst we were a Vauxhall franchised operation for a while we’ve always enjoyed the freedom that being independent gives you from the manufacturer and their rules and fees. The downside to this of course is the suggestion (always made by the manufacturer […]

We are honoured to offer our continued support for the Mclaren Owners Club at their 2018 Annual meet at the Silverstone Classic. 56 cars and over 100 owners all arrived to the Silverstone Classic and were treated to a hog roast under the shade of a nice marquee courtesy of fellow member Alex Reade. Prior […]

The original R888 tyre from Toyo was well known to us, we first starting using the tyre on the Vauxhall VX220 cars and subsequently we raced on the R888 in BMW’s and Vauxhalls and it was the preferred tyre for all of our track Vauxhall and BMW models for many years so when it phased […]

I’ve been to a fair old few track days (last count I think was near 200+) and I tend not to go to many these days as after racing they always feel a bit pointless. However with development of the MP12 tuning upgrades nearing completion we thought a bit of spirited driving to test them […]

All of our tuning and performance upgrades have to undergo an extensive development process before we are happy to release them for sale, fortunately some of these processes are relatively enjoyable (crash testing certainly isn’t one of them) one of these being noise testing for the new exhaust upgrades. Exhaust sound is a subjective thing, […]

By John Thorne – Mon, 22 Jun 2015 06:39 Weekend began simply enough, park up at Le Mans after a spirited drive down and as we are unloading the camping stuff we spy a row of expensive looking race trucks in the fenced off car park next door. Then as we were heading back […]

Weekend began simply enough, park up at Le Mans after a spirited drive down and as we are unloading the camping stuff we spy a row of expensive looking race trucks in the fenced off car park next door. Then as we were heading back to the campsite one truck lowers its rear door and […] 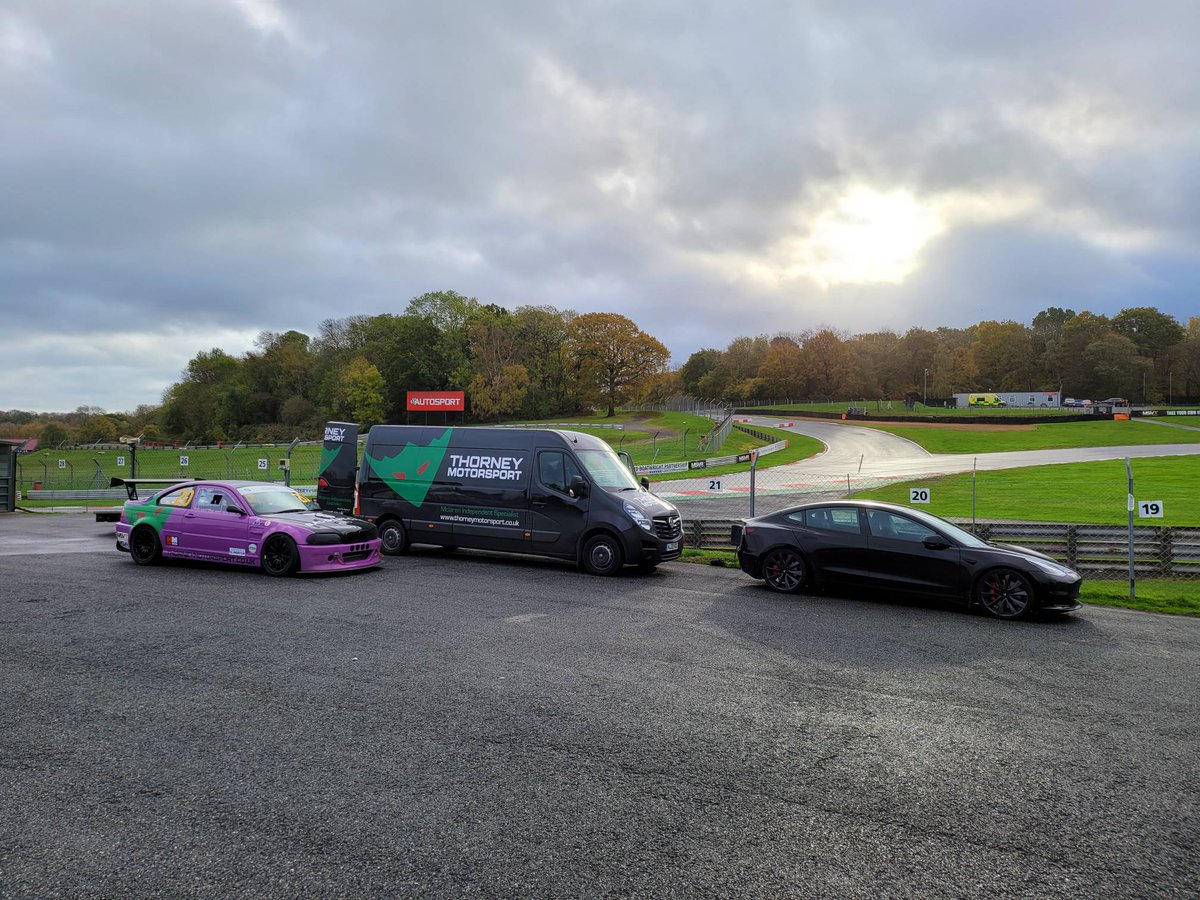