The Mclaren range all uses the same base engine known as the M838T. The 3800cc twin turbo charged engine was originally developed for Indy car racing and after work from a variety of operations including Mclaren, Walkinshaw and Ricardo is now the staple engine for every Mclaren road model from P1 to 12c.

Over the models a variety of changes have taken place mainly to the head from 12c to 650 and 675LT and more changes to the Sports series and then the 720 where the capacity was increased by 200cc by stroke with new pistons and crank. The engine is nothing short of an engineering master piece having won awards since inception but being dry sump it does have one achilles heel – oil level.

IT IS CRUCIAL TO ENSURE THE ENGINE HAS THE CORRECT OIL LEVEL AND IS NOT REVVED HARD WHEN COLD.

Yes, thats in caps, it needs to be as I’m afraid we are starting to see cars with top end engine wear due to either insuffucient oil or being revved hard when cold (which is essentially the same thing – lack of oil pressure to the top end as the oil is cold). 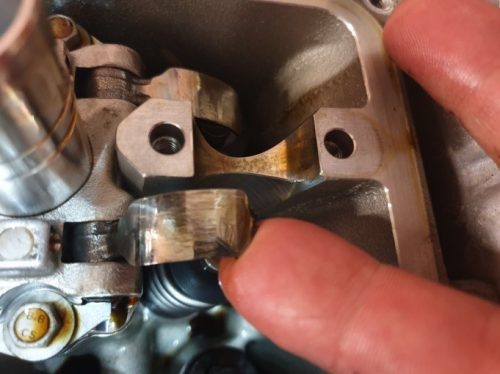 Now of course no one with any mechanical sympathy will want to run a car hard when cold or run the car with low oil, indeed we and any other engineer would consider it abuse and hence not covered by any warranty but sadly it does happen and potentially could happen when the car was not in your control (if you’re the second or third owner) so it is important to understand the importance. 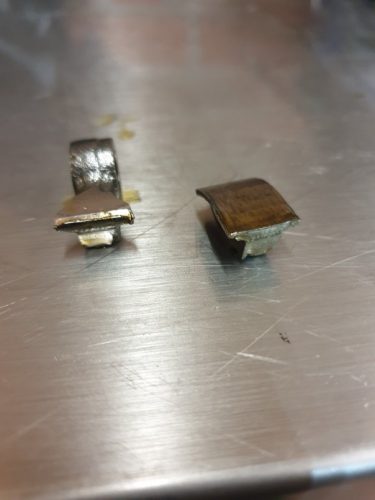 Lack of oil, ie a lack of lubrication to moving parts is easy to identify; excess wear on the rockers, followers and cams which can be seen by scoring and marking on the surfaces. 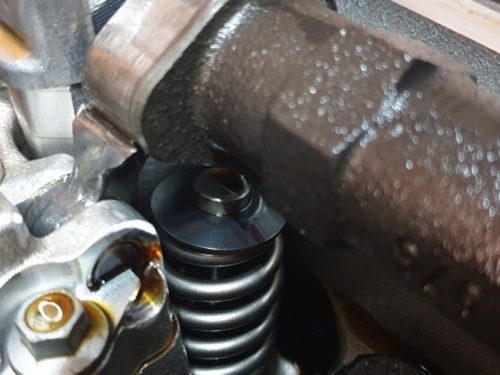 Given time the rockers can wear so thin that they snap which is as bad as it sounds – lots of bits of metal floating round the engine which can result in even more internal damage.

So, without opening up the engine what are you looking for?

The answer is a ticking noise, when the engine is warm and running it should be relatively silent, any loud tick which runs in time with engine rpm is something to be concerned about. Its important to note that this is only an indication of engine wear when the engine is warm, ticking when the engine is cold is perfectly acceptable, the dry sump oil system and unique rotation of the cams means it can take some time for the oil to get to pressure and lubricate the top end of the engine hence the secondary advice of not to run the car hard when cold so some top end ticking on start up is not something to be overly worried about – only when the engine oil is up to temperature is any noise an indicator of a potential issue. 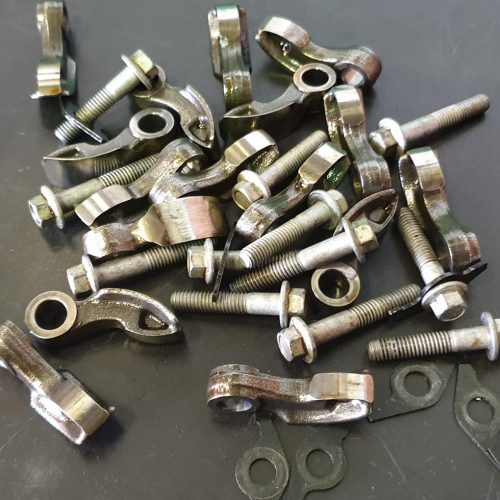 However we are now able to offer a full engine rebuild service, working with the same people who designed and engineered the engines for Mclaren Automotive and using the same suppliers for engine parts we can now offer a complete turn key engine build service. For a comparison, a full rebuilt head with coated rockers, followers and cam regrinds can be as low as £4000 with labour to remove and install the engine for £3500.

However the point of this message is avoid all that by simply by checking your engine oil regularly (once a week and before and after any track work) and when the next door neighbours kid comes out and tells you ‘rev it mister’ ignore the little scrote, 30 seconds of his entertainment could cost you thousands of £££.

If you’re unsure how to check your oil level watch this short video how to for a 12c/650 (its the same process for all the models and we will update our Youtube site with those as and when we can.