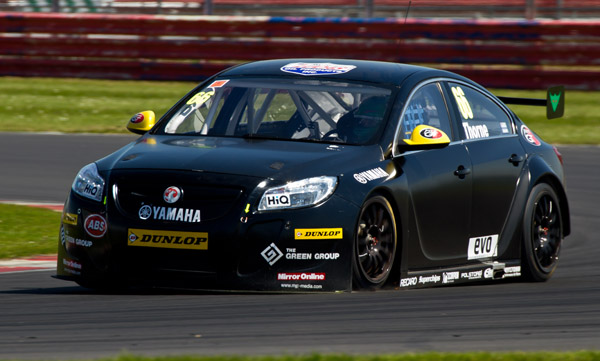 After the frustration of DoningtonPark and grim decision to withdraw from Thruxton the team have taken the chanceto re-group in the last few weeks, hence the lack of features from me,sorry.  Our view came down the fact thatwhat was the point in struggling to develop the car, get sponsors and race whenclearly we weren’t able to do all three at the same time. So, our hunt forsponsorship is on hold, we’ll see how the land lies when we get the car furtherup the grid which in many regards has taken a weight off my mind (and certainlyfreed up my time) so we can concentrate on developing the car and racing it.

After looking at all the data fromDonington Park it was clear we actually had three main issues to address, theengine miss fire, rear end grip and braking and after taking lots of advicefrom lots of people during the build of the car I’ve come to the one conclusion – everyone is wrong and everyone is right so we’ve done what all teams do whenfaced with an ‘issue’ car – start from scratch, and that’s exactly what we’vedone over the past 4 weeks. Every singlepiece of set up data has been wiped and we have started from the beginning andyou know what? Its beginning to work.

After weeks in the workshopstripping, changing, re-building we got out to Silverstone  to test the ‘new’ car last Friday and if I’mhonest I didn’t want to drive. Indeed we’d arranged for another driver to dothe testing but when that fell through due to illness at the last minute I wasin two minds whether to cancel the test and wait but with people booked andtime running out I jumped in the car not really sure what I would find. Afterbumbling about bedding in brakes, tyres etc I got the call on the radio to runat 90% for 10 laps then come in. Now at Donington I wasn’t even able to run at75% before the car tried to kill me so being asked to run at 90% was like beingasked to see if a gun was loaded by looking down the barrel but we were here tosee if we’d improved things so off I went.

Well 10 minutes later I came in and Ihad a smile on my face! We’d made a dramatic improvement to the car, the backno longer came round at the merest suggestion of steering lock, under brakingthe car felt more planted and I was actually driving the car rather than it drivingme (insane mainly). We still weren’t quick (we weren’t timing at this earlystage anyway) but we’d made a huge improvement on how the car felt and fromthat we can find speed. On the basisthat what we’d changed in the workshop was clearly the right thing to do wethen proceeded to carry on with the same direction, spring rates were changedand out we went again, it was better. Rocker positioning was changed and out wewent – better again, we even changed my seat position, all improved the car, itfinally felt that I was starting to work with the car rather than work againstit, dare I say it, I wanted to drive it. It was better than when we ran at themedia day and that was 10x better than Donington and 100x better than Brands!

It wasn’t all good though, underbraking we were still running out of front bias and even after fitting asecondary pressure valve we were still locking up the back into Maggots whichwas losing huge amounts of time. Handling was still an issue, way too muchfront roll was leading to me wearing out the front splitter and even the frontbumper in cornering and the car wouldn’t pick up once compressed so wasessentially running out of travel leading to running out of grip. However thereal issue was our continued miss fire, the moment the car hit 5500rpm it wouldcough and splutter until I lifted off then it would run again. The enginemapping is supplied and controlled by Swindon Engines where we have no controlat all what goes on (even though we own the engine and do not lease it) andit’s a problem we’ve had since Silverstone last year and Swindon have beenunable to fix it to say I was disappointed and frustrated would be anunderstatement.

Despite the issues on power it was atremendously successful test day, certainly our best yet in terms of learningwhere to go with the car but the engine miss fire is simply too big to ignoreany more, looks like we are facing a tough decision ahead of Oulton Park.