What a great bunch of people doing a great job of supporting those in need, we cant say that enough and it was great to get a know a little more about what they do – support, education, help for children who have suffered a brain injury for them and their families but also to meet a lot of the volunteers who make it happen, it was a pleasure to help in our own small way. 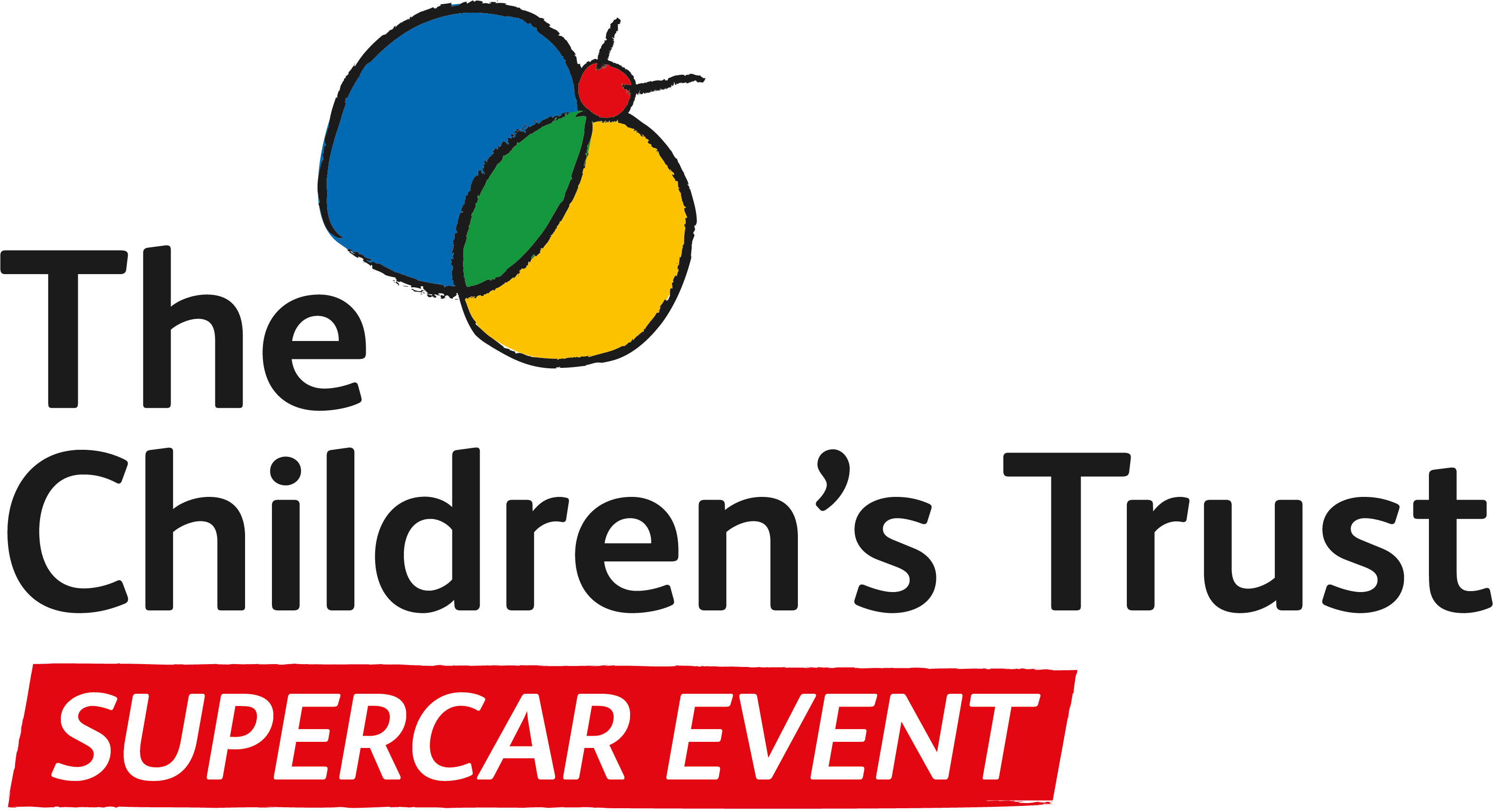 The Supercar Event is just one of the many events the charity does to raise fund for the cause and the format was simple enough, get a load of supercar owners to turn up and offer passenger rides for people in return for a donation to the charity, its obviously a system that works as this was the charity’s 9th year of running the event but our first as for every other year it has clashed with our racing schedule.

We took both of our Mclarens, our 720s Spider and our 570 based GT4R conversion which is in effect our version of the 620R – a road legal track car so really suited for running round a track all day and as we raised money for each ride we did we decided to push the cars (and ourselves) as hard as we could to maximise the money we could help contribute – whilst its nice to sit and chat to fellow super car owners all day that wasnt why we were there; we were there to work. 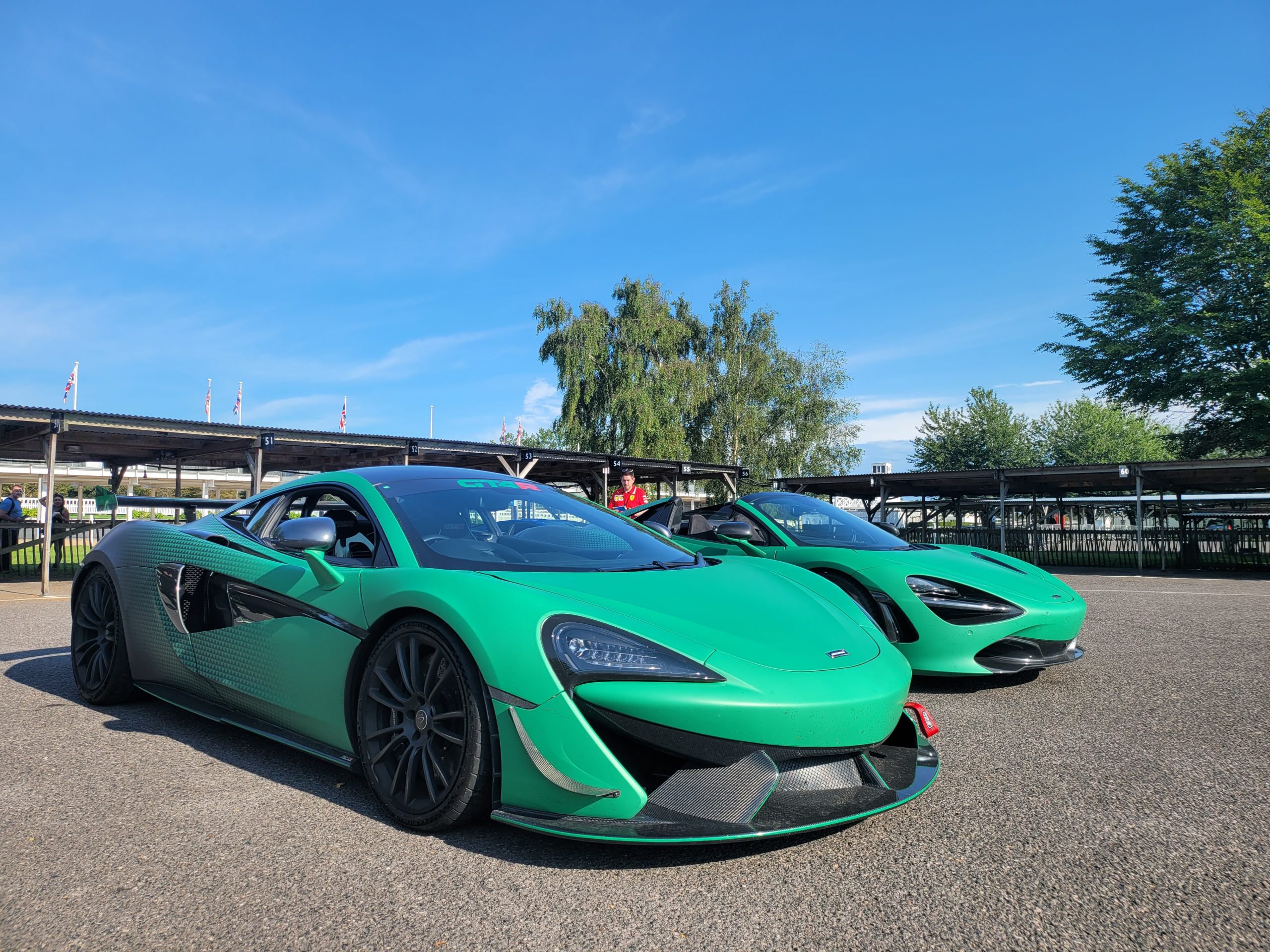 All ready to go

And work we did! Between the two of us, stopping for fuel, toilet breaks and lunch we did a total of 41 passenger rides, we used 4 tanks of fuel, broke both cars windscreens (more of that in a bit) two sets of tyres (to be fair the GT4R ones were old anyway) and 4 cans of Redbull.

Now we also must apologise, we did get a couple of warnings for excess speed (not easy keeping a Mclaren down) but it is hard to be 100% sensible when you’re taking someone out who tells you its his dream car and the look on his dads face when he came back and he was helped back into his wheel chair does make you want to make the ride as memorable as possible. And thats also where we feel a bit guilty. 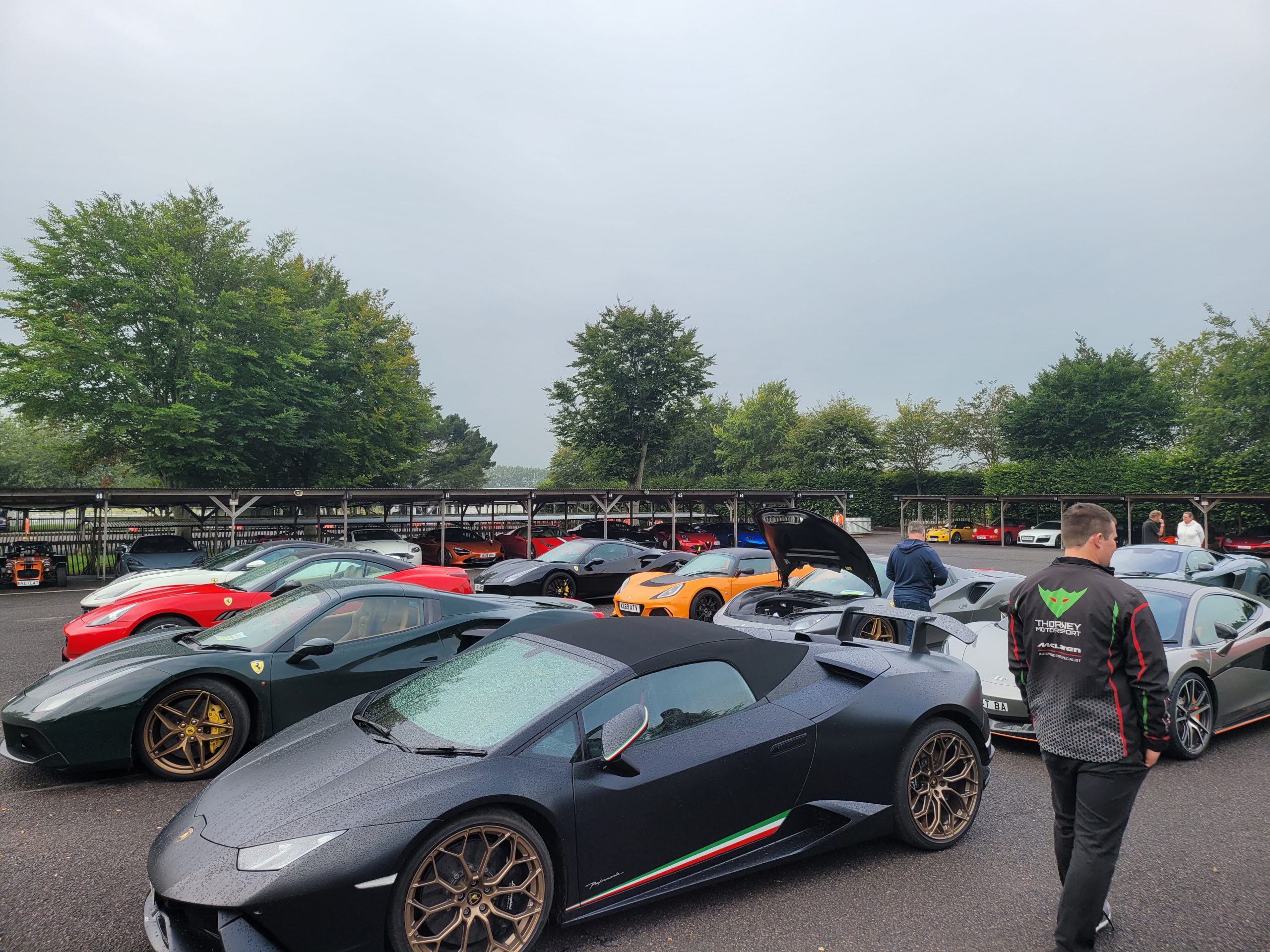 There were other cars of course!

We spend our lives in these cars, its work (its also a passion) but for the people we met on the day this was an absolute dream come true, the awe on their faces when they get in (helped in a lot of the time, brain injuries are not forgiving) the ‘ooooer’ noise they make the first time you hit the brakes and the ‘oh my god’ comments as you floor it coming out act as a sharp reminder of how lucky we are to drive these cars day in and day out so to share this is a soul reviver. 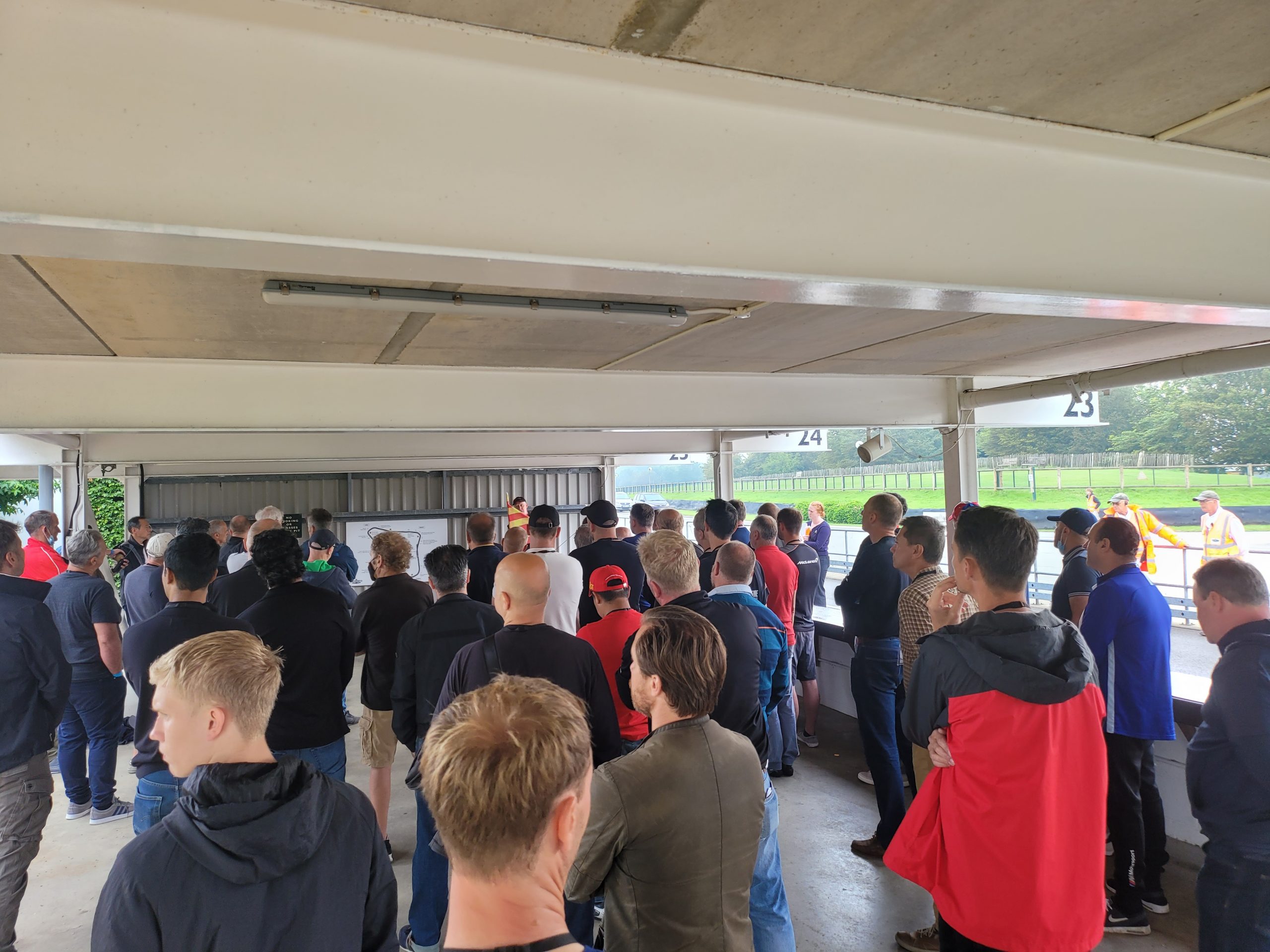 Lots of owners willing to help a great cause

Highlights for me were the 8 year old climbing into the 720 enthusiastically exclaiming ‘I’ve only just unlocked this car on Forza!’ to the volunteer who turns to me after a run in the 570 saying ‘I’ve been volunteering on this event for 8 years…..I’ve never had a ride like that!’ but really it was the effort on one childs face as he was helped from his wheel chair into the 570, he was clearly uncomfortable (the 570 has deep carbon fibre bucket seats), his dad kept asking if he was sure but he was determined to get in no matter what, he went all quiet on the run (I admit he got an extra lap) but when he came back and the look on his dads face as he got out was just sheer delight to see. For that brief few minutes the family didnt think about the injury, the pain, the life they now all have, so for them to turn and say thank you me felt like it should be me thanking them not the other way around.

Seeing as we knew that we needed to drive as much as we could to raise as much money as we could we decided to also use the time as a bit of a stress test on the cars. There are those out there who think Mclarens are delicate little flowers not suited to track work (not helped by Mclarens insistence of a stupid pre and post track inspection costing hundreds of pounds) so we decided to push the cars to their limits. Usually on track days you’d take your car out for a few laps then run a couple of cool down laps to cool the brakes and repeat, but to maximise the numbers of runs and donations to the charity we simply back to back ran the cars all day. Each run was two laps so no warm up, no cool down we went straight out and pushed them for the two laps, back in ready for the next, this really isnt a great way to run any car on track. 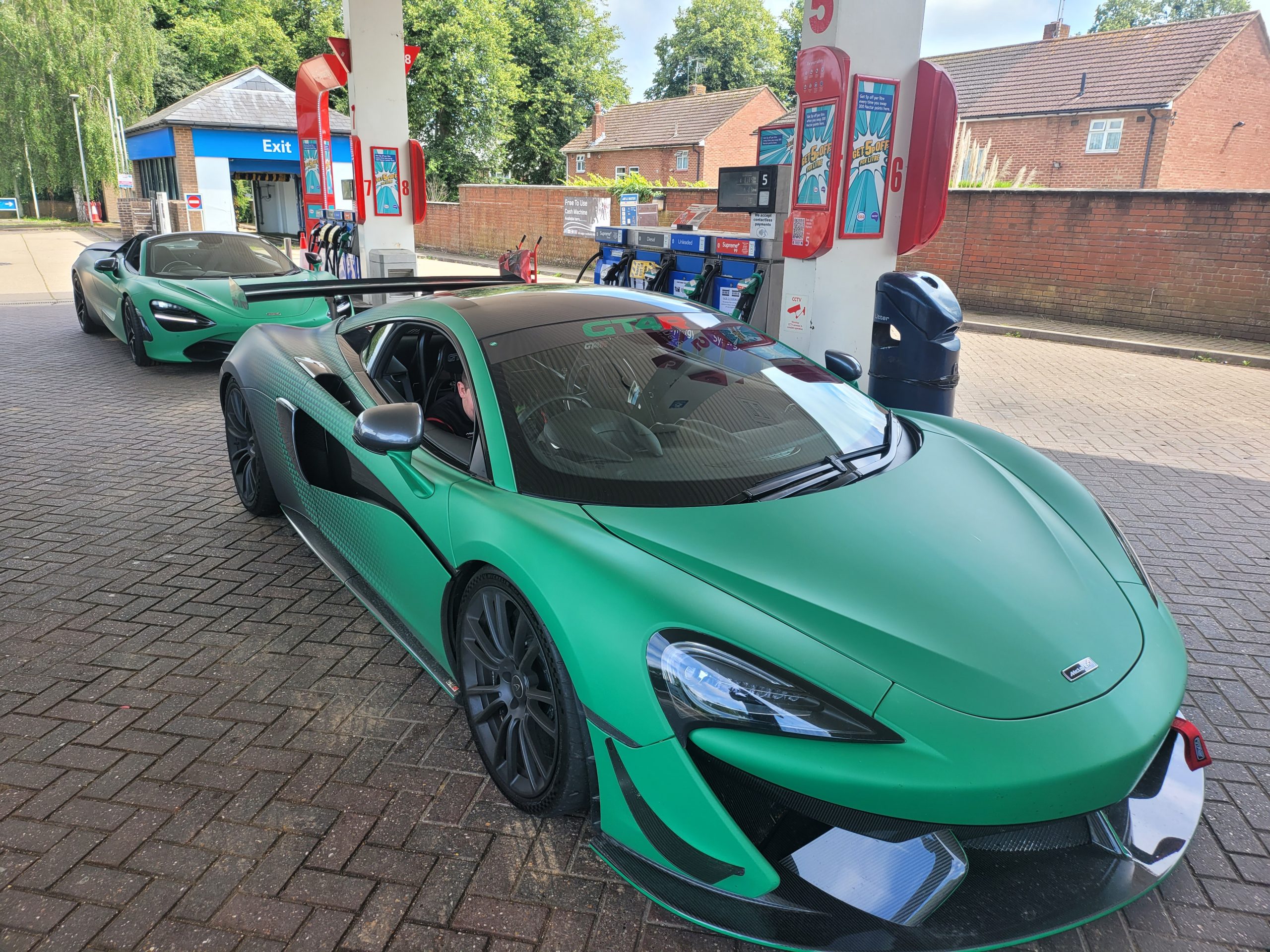 We used a lot of fuel!

We were also limited to a top speed of 100mph for an adult passenger and 70mph for a child so to maximise the fun for the passenger we accelerated hard, braked hard and run as high a corner speed as we dared to keep the excitement up, there were 4 extra chicanes set up so it meant that the cars really did get a proper throwing about in the turns, far more than you’d expect on a track day.

The net result was both cars cracked their windscreens, most likely from the pretty severe G we were repeatedly putting them under over and over again but other than that there we no issues, brakes are fine, we used no oil (they were checked twice a day) and we drove back without incident. Back in the workshop both cars have checked out 100% with no issues so whilst its a disappointment to crack the screens on both cars its easily sorted. 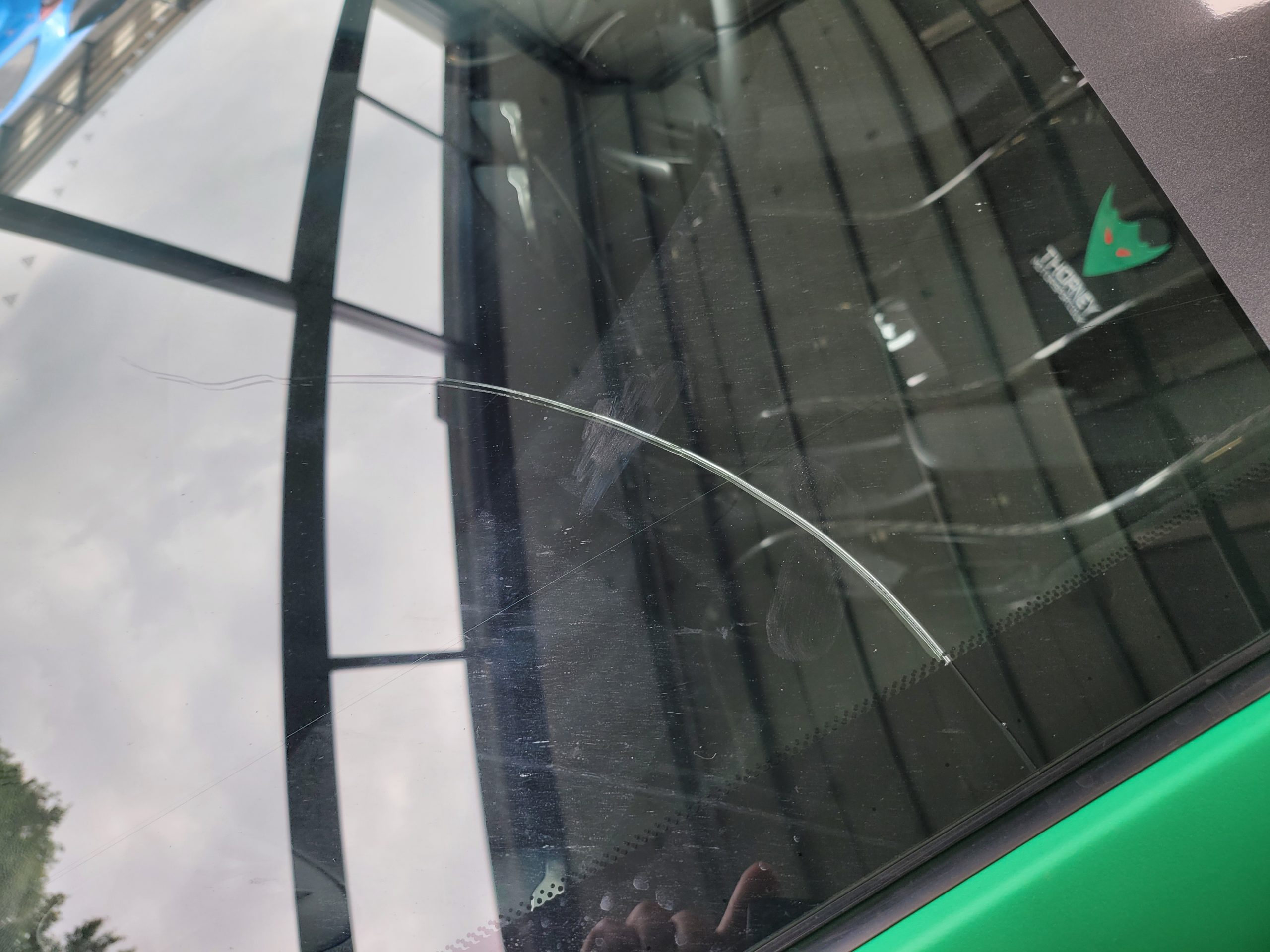 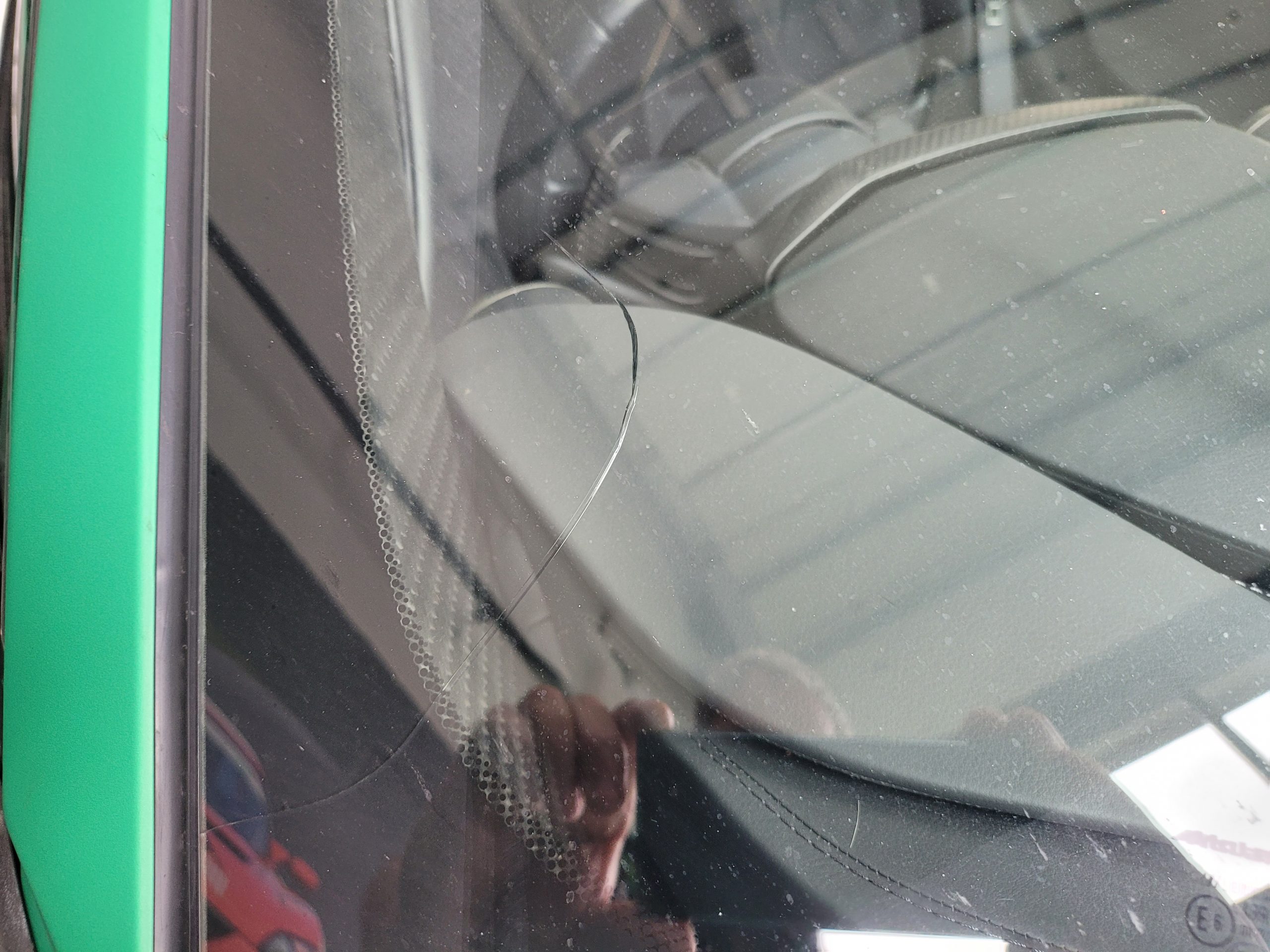 So, our thanks to the Childrens Trust for allowing us the opportunity to share what we have with those that dont, to shine just a little bit of light for the briefest moment of time for those that need it and to remind us that for some to own a supercar is an unattainable dream so getting a ride in one is a worthwhile way to spend some time. 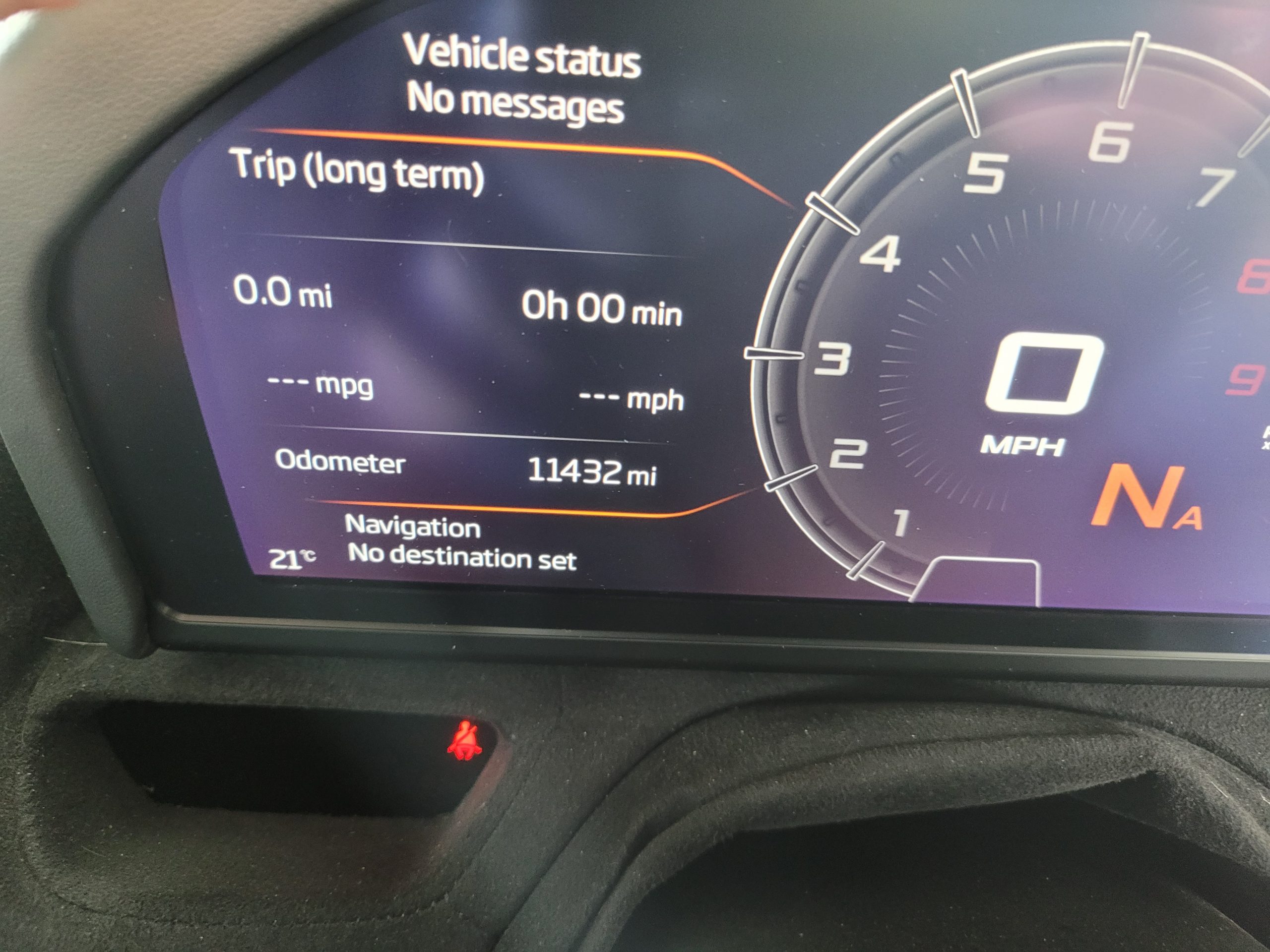 Odometers zero’d before the first run

However, its not over yet we still have our competition to guess the total number of miles both cars did on track that day, you’ve got a clue of 41 rides in total, 2 laps per ride (with a few extra, a birthday boy got another) so please enter to both support the Childrens Trust but also win a full days Shooting Experience at our Silverstone Shooting Centre range. To enter just make a donation to the Childrens Trust and drop us an email with your guess.

To further show our support we will be donating the total miles cover in £ as well.

Thanks once again to a great bunch of people putting their own time and effort to support a worthy cause and thank for the opportunity to help in our own way. We hope to be there again next year, perhaps with a whole load more Mclarens!