Thorney Motorsport with great regret confirm theirwithdrawal from the Oulton Park and Croft rounds of the Dunlop MSA BritishTouring Car Championship. The team has also decided to drop Swindon Engines, anNGTC TOCA supplier, as power supplier with immediate effect. The team willcontinue to use the TOCA control engine but will develop its own in house ECUmapping for the unit.

Even since the last race of the 2011 season the team hassuffered an engine misfire, at Brands Hatch the problem continued as well as atDonington Park where the team subsequently withdrew the car from competing duein part to the issue which Swindon Engines have thus far been unable to cure. 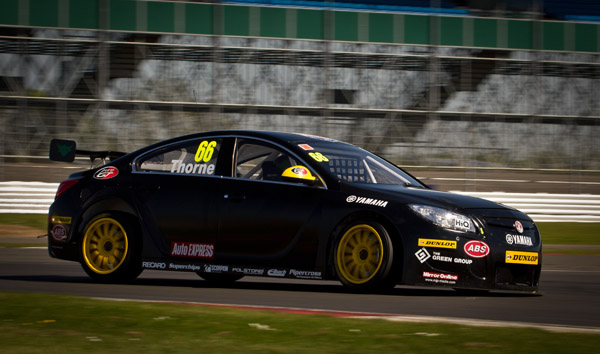 The team tested at Silverstone last week making some greatprogress on the handling issues that needed to be improved but with apersistent misfire the team eventually had to end the test early, frustrated.

“The team is gutted, we’ve worked so hard to get to theBTCC, in testing last week we managed to improve the cars handling 10 fold overthe course of the day and I was starting to push the car harder and harderwhich is a huge improvement over Brands and Donington, but this misfire is justsoul destroying. We come out of Maggots with 6mph more speed than we recordedat the media day then cough and splutter our way up the straight, it’s a joke andfrankly we’ve had enough. All Swindon have done is replace a coil pack, whichdid nothing even though we were charged for it.”

“We are stuck with the engine, NGTC regulations are clear onthat and our alternative engine will not be ready for this season so we havethe choice either to simply withdraw for the 2012 season completely or developour own mapping for the TOCA control engine, sadly that will take more than thecouple of weeks we have before Oulton Park so we have no choice but to withdraw.”

“TOCA have been very understanding on the whole issue butconsider the matter as one between the team and Swindon Engine. The team ownsthe engine but must pay Swindon the equivalent of 2,000 pounds per weekend to have amap that allows it to run, the only analogy I can compare it to is if you buy acomputer from a shop but have to take it back each time you want to use it tohave the operating system re-installed and each time the shop charges you 10%of the price and even then it misfires!

The team will now undertake a complete development processwith existing and new engine and ECU partners to develop their own enginemapping in house as well as complete the re-development of other areas of thecar that can be improved and come back into the championship for the secondhalf of the season.