Who on earth writes a build blog on an X5M? Us thats who because we feel the car is overlooked and deserves its place in history as being one of the silliest SUV’s ever built, we love them. But, whats a build blog without upgrades so we intend to do a fair bit to ours without necessarily going mad, after all we are not in the USA, with its wide open spaces and fuel cheaper than dirt, we live in the UK, with crap roads, excessive police and fuel seemingly distilled from unicorn blood its so expensive so our upgrades will be subtle, sensitive and classy, well as classy as a 650bhp SUV with Moto GP stripes can be anyway! 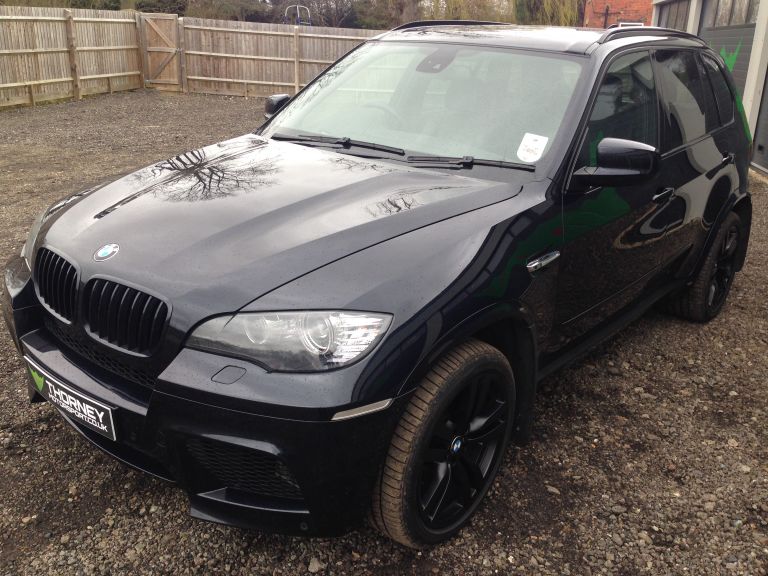 The idea really came about due to my selfish need for  larger BMW that could go offroad but also that very few tuners in the UK do much on the SUV market save for bling wheels and bolt on carbon fibre bits – neither of which we do much of. We’ve previously worked on the 4.6is and the 4.8is before so it made sense to move up to the X5M, the first X series car to get the full M treatment. 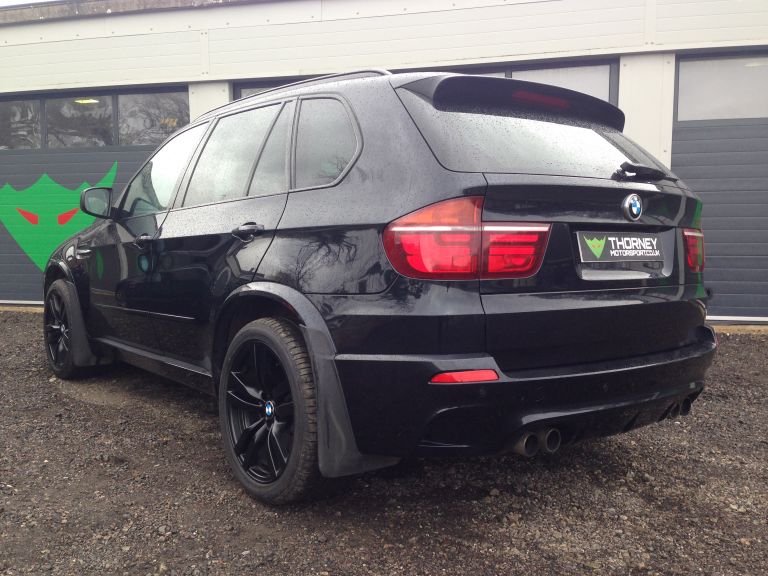 Usually we serialise our build blogs in a magazine but this time we’re going all interweb and are going to serialise them stage by stage on our own website as well as Facebook, Twitter etc as the moment the magazine is published we’re already three or four stages further on so the information is out of date. So what we’ll do is build it develop it and then have a magazine test it at the end – seems more sensible in todays fast moving World.

The plan is simple, handling will be improved with a variety of springs and lowering kits as well as widening out the track a little. Power will be upgraded via one of our own newly developed full exhausts along with a custom map and then we’ll take in track for a laugh, its not like we haven’t done it before.

Stage 1 of course is the standard car, here she is looking all, er, standard and great fun it is, even in standard form every passenger in it winces when you pile on the throttle in sport mode such is the acceleration which defies belief for such a large heavy motor. The sound isn’t too bad for stock either, certainly better than the 4.6is but not quite as good as the 4.8is which was great fun but we’ll improve it with one of our new exhausts, full system, race cats along with carbon tail trims to match the M3 version.Next feature will be on handling, as well as taking it round our off road test track, for no other reason than because we could, so stay tuned.